Originally from Santiago de Chile, Rodrigo is one of the most active and prolific Chilean drummers. Since moving to New York City in 2009, he has embarked on the search for a personal sound on the drum set and the demand for his services has grown rapidly and constantly in the Jazz world. Rodrigo holds a MM in Jazz performance from New York University and has performed with artists such as Wayne Krantz, Chris Potter, Brad Shepik and John Ellis among many others. He has performed in the US, Latin America, Europe and Japan and recorded more than 16 records in the past 6 years. 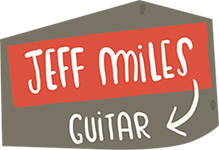 From San Diego California, Jeff is quickly becoming one of the most in-demand musicians on the New York music scene. The winner of the 2008 Montreux Jazz Guitar competition, Jeff began studying classical piano at the age of six and picked up the guitar at twelve. In 2004 he moved to Boston to attend the Berklee College of Music on scholarship. Featured on numerous recordings, Jeff is sought after for his orchestral pallet of sounds and blistering, evocative improvisations. He has performed around the world in venues such as The Monterrey Jazz Festival, Montreux Jazz Festival, Las Condes Jazz Festival, Blues Alley, Bar Next Door and Smalls Jazz Club . He currently resides in Brooklyn, New York. 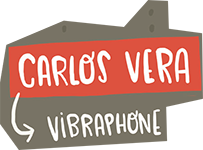 Born in Santiago de Chile, Carlos has been deeply engaged in the language of Jazz as a vibraphonist and percussionist from a very young age. With the preeminent guidance of his percussionist father, Carlos has developed to become one of the most prominent Chilean musicians of his generation. Carlos holds a BA from the Pontificia Universidad Catolica de Chile and a Masters degree from the Hochschule fur Music und Theater in Munich, Germany. Carlos is an endorsed Adams vibraphone artist and has performed in Jazz festivals and clubs in cities like Sapporo, Stuttgart, Vienna, New York City, Munich and Berlin, among many others.
© 2017 All rights reserved - Novastrio.com
Facebook
Twitter